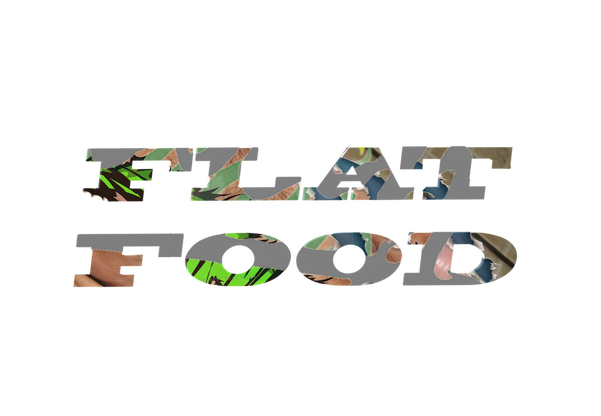 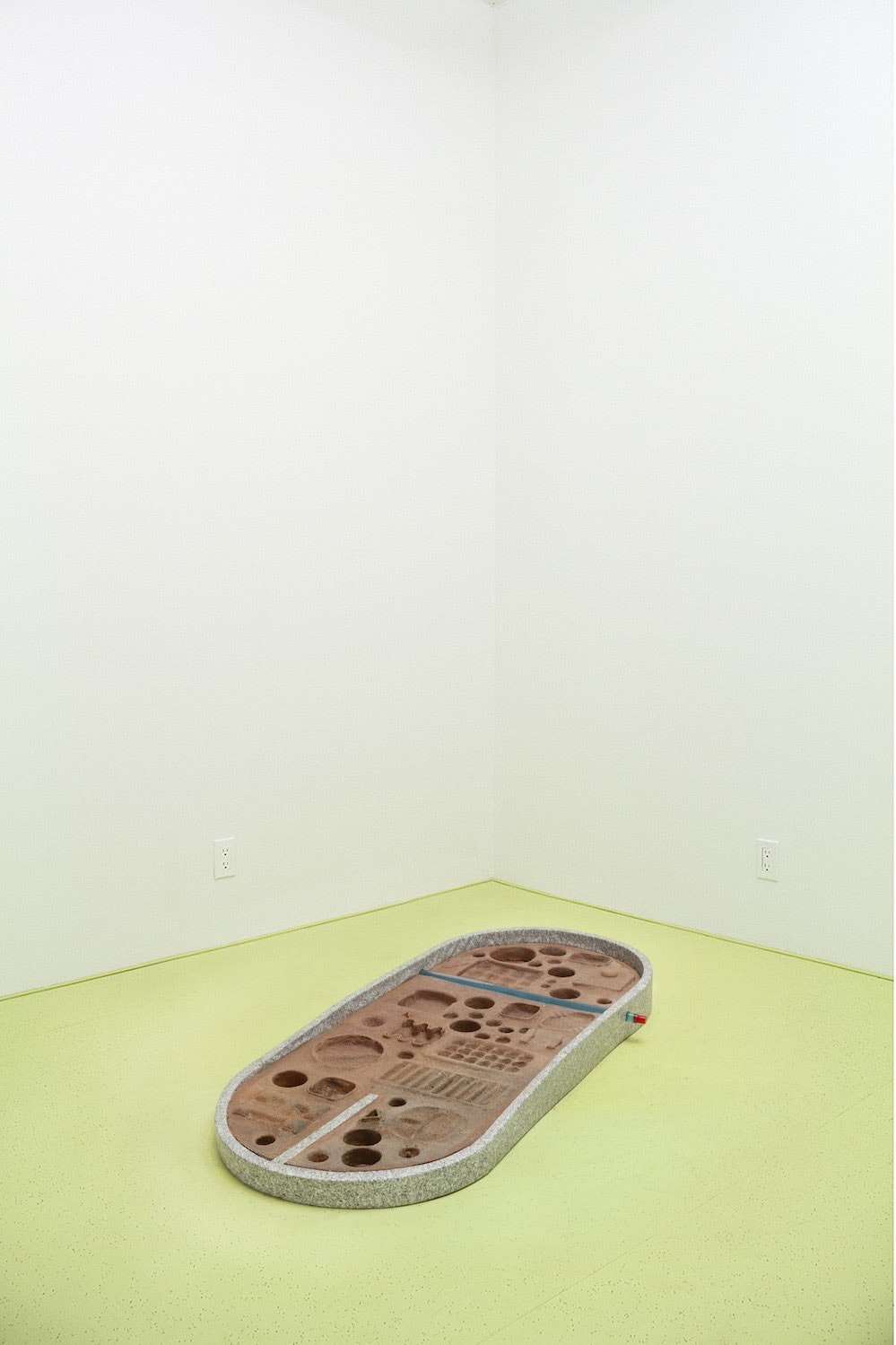 The plates, stacked high and propped in a corner, looked flaccid now after being forgotten for several months. With the PSW’s help, John slid them under the console. It relieved some of the pressure from the other staff that frequented his unit if the plates weren’t greeting them at the door. 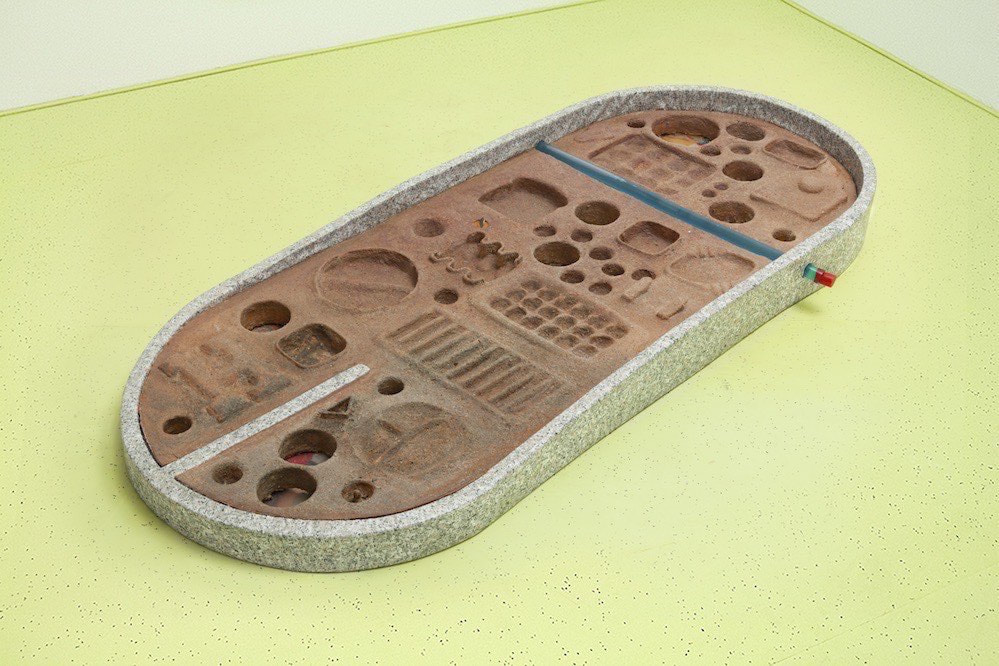 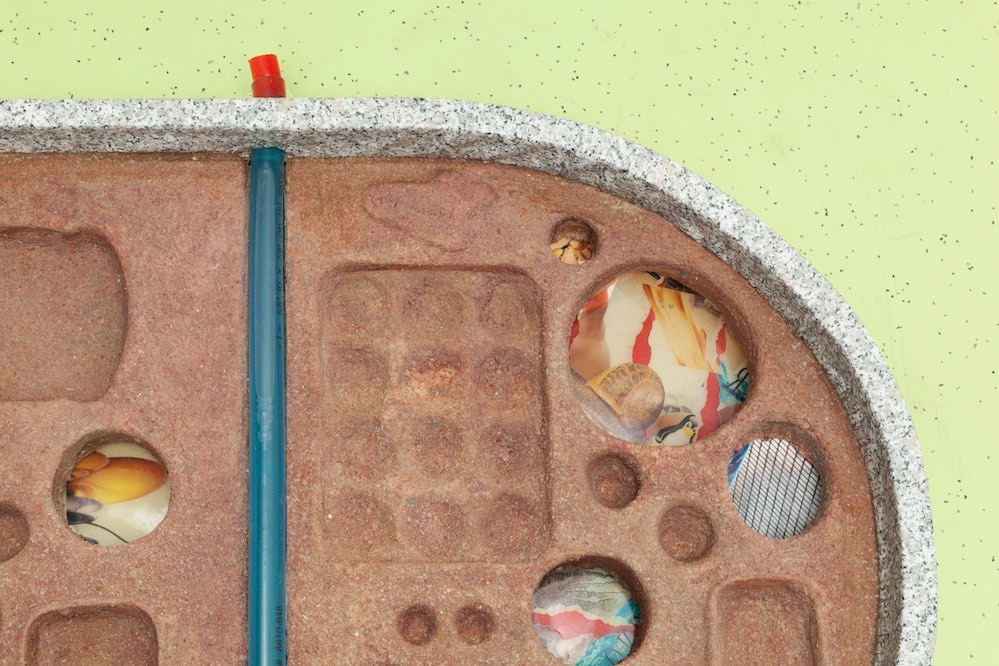 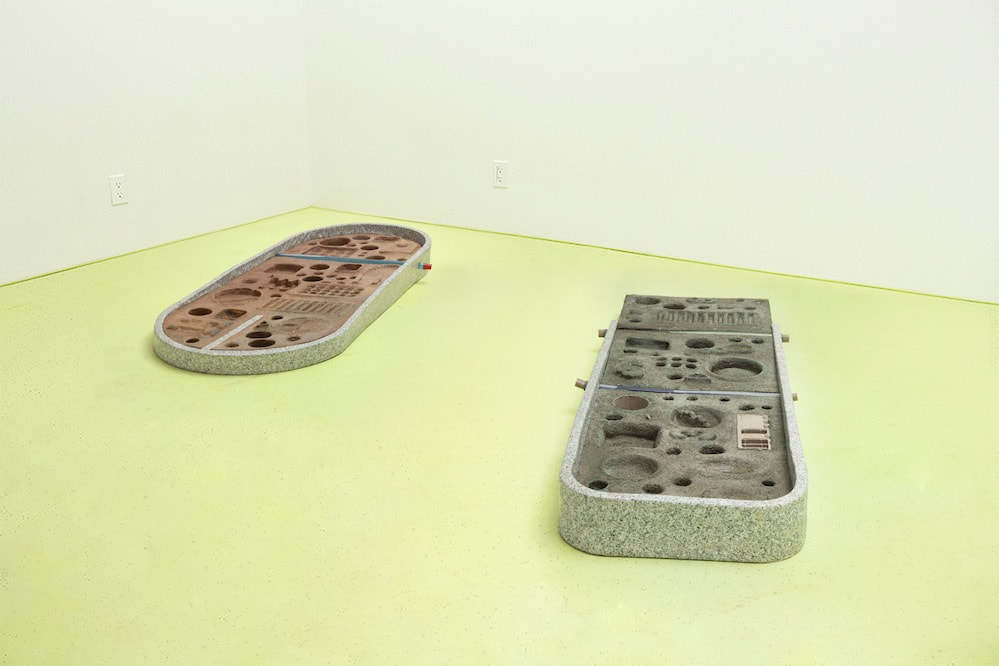 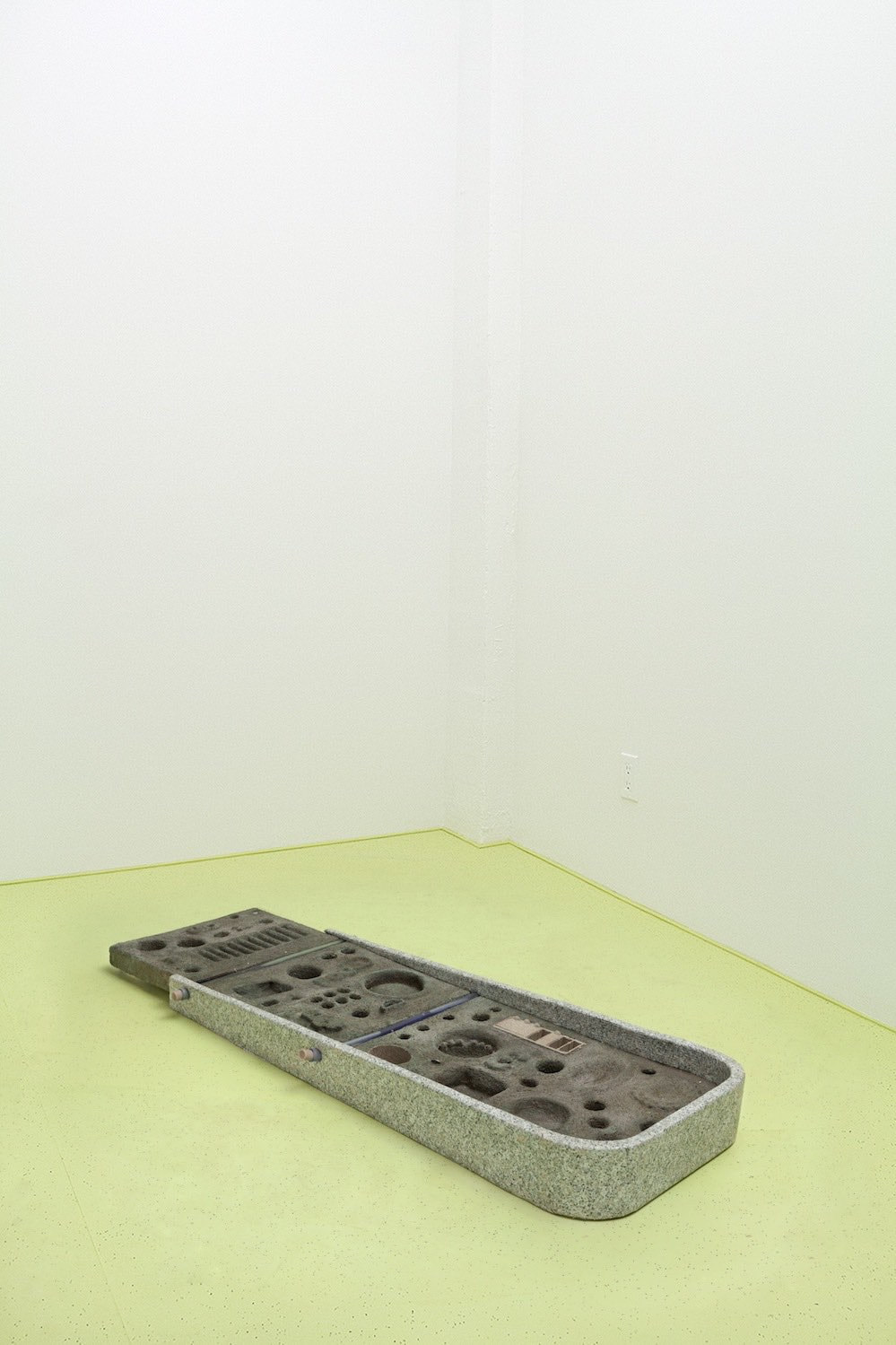 Siobhan purchased everything for her apartment from the same big-box plaza where she worked. She was long accustomed to Charlie, a Bed Bath & Beyond associate, whose clothing was perpetually seasoned with dog hair, alcohol and vomit. Wretched. He also worked at the Municipal Public Library at the other end of the city, a truly terrifying place. 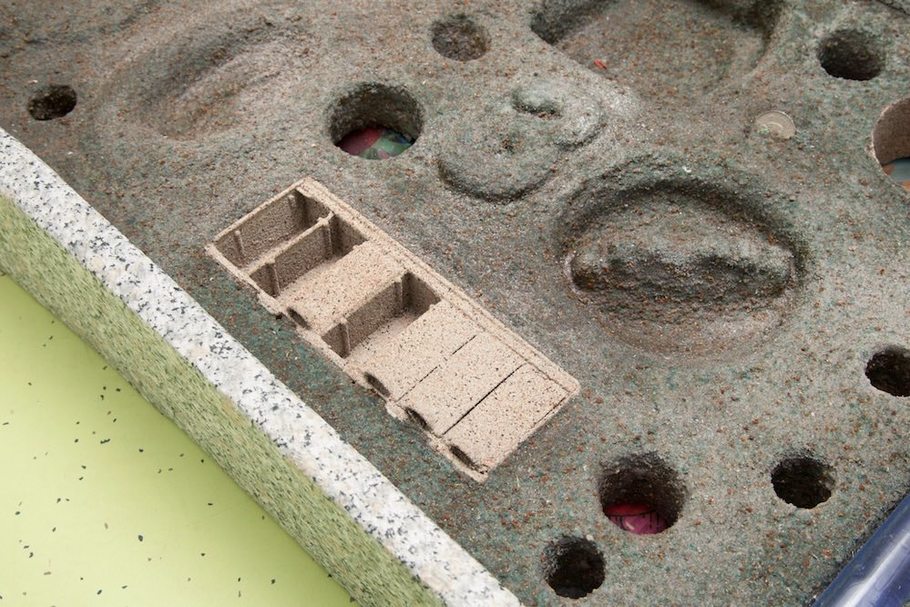 “Good evening,” said the Personal Support Worker. His tawny hair shone like Mylar and he had the brightest expression stretched across his face, typical of a law-abiding citizen ingrained with good manners. Two members of The Full Gospel Business Fellowship International waited beside the PSW with eight 50 lb bags containing Pillsbury Plus White Cake Mix. Ike waited with the PSW by the elevator, flattened against the wall, and stared at the bags with disdain. She worked at a processing plant close to where the mix was made and the smell sickened her.

“This is foul and dangerous! Only one elevator for a building with nearly 200 units!” commented one of the Fellowship members, a bold Oh Henry!-eater.

“RE-DIC-U-LOUS! More than half the world is left sagging in a corner somewhere,” the other said as she squatted on one of the bags in a very unchristianlike manner. Her Cocker Spaniel peed in the corner behind her and licked some of the escaped cake mix powder from the floor. Ike imagined her sister joining this conversation: mouthfuls of Oh Henry! put her in a more receptive mood.

“John, show them the painting you made yesterday!” The PSW held up a watercolor of a large pale egg against a green washed background. John used to balance two eggs in the sockets of his eyes every morning before breakfast, so he had developed an intimate knowledge of their form. Everyone stood around looking extremely cheerful and impressed, even if they had to fake it. Among friends there should only be merriment and positivity anyway.

The white fan mounted near a small flat screen TV hummed as it blew dust and trash along the powder blue linoleum floor. The residue rolled underneath John who was supine in a dumpy La-Z-Boy. His fermenting and yellowing body, wizened and flaccid as a banana, fit perfectly underneath the beige flecked tray affixed to his armrest. John had eaten earlier that day and a chewed snack bar remained on the gummy tray, impacted with crumbs from years of meals. His sweaty balls were squeezed between his thighs along with his enthusiasm for American machismo. He shifted to orient his body to a more uncomfortable position. Engulfed in the leather chair, now completely horizontal, he looked much too long.

John had sustained himself despite decades of barren seasons, reminding himself after each one that a human was worthy of something greater. His life, now completely regularized, had become a scene of administration. This was the sum total of his encrusted being. The markers of a liberal sense of autonomy and freedom could only be found in the placement of personal items in a vitrine outside his door.

The walk quelled her frustration after a physically exhausting morning pushing The Feminine Mystique—a new Fruit of the Loom body mist—on unsuspecting shoppers, receiving little positive feedback. Chewing on five pieces of green gum like cud, Ike flipped off a purple Nissan minivan as she shuffled across the street. Her waist rubbed against the band of her Michael Kors velour pants and she noticed her distinct smell.

She arrived back at 75 Featherbed Lane and stared up at the brown, three-story building covered in aluminum flashing, like it was a total stranger. Siobhan, her neighbor from across the hall, was sprawled out on the front lawn. Siobhan’s child Lentil sat with an iPhone 5 on the dusty ground looking down through its camera at a chewed up orange KONG Donut and a snail. Determined to destroy the snail or get it to talk like the phone, Lentil screamed “LAILLLLLLLLLL!” and with a subtle wag of her head flattened its shell. This alluring, aggressive behavior, quintessential of puppy play and baby brutality wedges itself between cold cruelty and the ordinary work of living.

Ike showered Siobhan and the unabashed child with platitudes and praise as they entered the pistachio-colored double doors of the apartment lobby, hoping to keep their conversation as surface as humanly possible. But Siobhan invited Ike inside her lukewarm apartment for an infused purple concoction she created using her own throat swabs. “Don’t worry you won’t get an STD!!” Siobhan blurted in response to the hesitation that showed on Ike’s brow as she imagined the interabsorption that could result from drinking the layered refreshment. Consumption involves many registers of self-understanding, because as a venture it is often consciously or unconsciously not about longevity. Lentil’s eyes were heavy with want. Ike surmised that at the very bottom of it, Siobhan didn’t have the faintest concern for her well-being, but she felt it fitting that Siobhan tried to care.

When guests entered Siobhan’s apartment, a visual playlist screensaver depicting the best memes of 2017 played on her huge desktop computer facing the front door. Six months earlier, Siobhan’s partner was killed in a motorcycle accident, and since then she had been creating a shrine of their things, each item encased in plastic and inserted in evenly spaced holes bored in two console tables by the window. Siobhan made it herself using several ice cube trays as stencils. Every so often she found something new to add, even though each object represented the attrition of her own life.

When unwatched, Lentil would take each thing out of its encasement and thoroughly lick it with enormous gratification and excitement. The absurdity of the act and its self-medicating effects allowed him to extend beyond the confinements of that apartment, and the world, undramatically.